You Don't Want to Miss This! 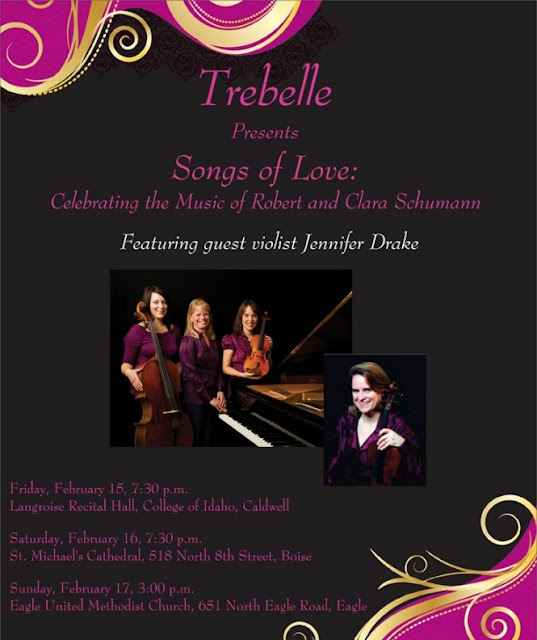 I am always uncomfortable with self-promotion, (although you wouldn't know it, the way I've been advertising these concerts!), but working with these ladies has been one of the greatest pleasures in my entire musical career.  I have also loved getting to know Robert and Clara Schumann.  I had not fully appreciated Robert's genius before, but now I can see why Clara fell head-over-heels in love with him.  And Clara is a woman who really did it all--from being a concert pianist to raising seven children (she had eight, but one died in infancy).  There is an account of her going to nurse one of her babies during the intermission of one of her concerts!  Sadly, Robert became mentally ill, and was institutionalized at his own request.  Clara was not allowed to visit him, but once, two days before his death.  After Robert died, Clara made it her mission in life to promote Robert's music.  Their lives weren't easy, but oh, so inspirational. 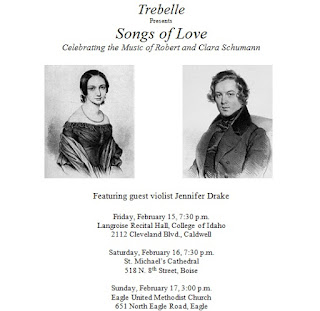 Wish I could be there . . . it would be the perfect Valentine's gift.